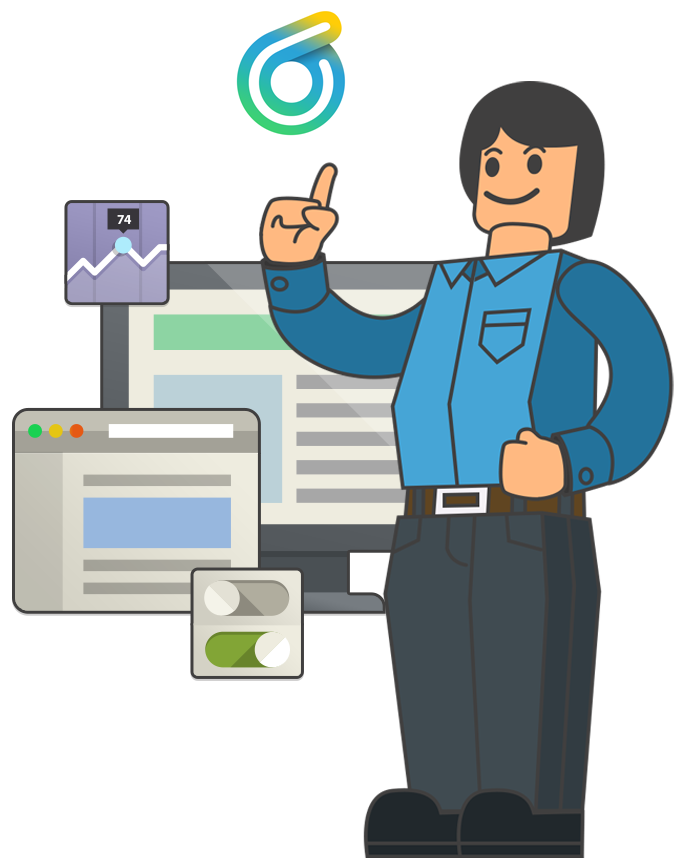 App Uninstaller is a better and faster removal solution built to thoroughly remove any macOS app, associated files, startup items, and other leftovers out of the box.

The best-in-class macOS uninstaller to effectively and thoroughly remove .dmg, .mpkg and .pkg packages, enabling you to enjoy the best experience you've ever had for your Mac device

App Uninstaller is the all-in-one removal solution for macOS apps, powered by the award-winning removal utility and direct support from developers. You can use App Uninstaller's intuitive yet powerful uninstaller to get the job done out of the box with ease. In addition, you can always count on the on-demand support directly from our developers for anything to completely get rid of the unwanted app from your Mac device, clean up disk space, improve startup speed and optimize overall performance, all in one place. The Leftover cleaner is dedicated to effectively finding out and cleaning up leftovers of the apps you’ve previously tried to remove, in a faster fashion, fixing the app compatibility issues and the older-versions-needed-to-be-uninstalled issues that prevent you from installing a new app or upgrading to a newer version. With the handy toolkit App Uninstaller, you will have a big picture of the installed apps' status, and all of your apps are managed more healthily. For example, you can sort a list of apps unused for years, apps with large file sizes, or apps listed in the Login Items section, and then remove all of them thoroughly to reduce the chance that your hardware resources are consumed without your consent, offering you the satisfying experience for your current device's specifications.

These issues might mess up your macOS devices, taking up an enormous amount of disk space, consuming a large quantity of RAM while running in the background, slowing down startup speed and running performance, or even rendering your device unusable and useless

The startup disk space in my MacBook Pro is almost full. But it does not allow disk upgrade due to the aged specifications, though it is also very expensive to upgrade anyway. I want to locate the larger apps to be deleted.
My Mac is becoming slower and slower with a lot of apps popping up on startup, and the startup disk is full. I don't know how to disable or locate those rarely-used or unused apps to be removed, and free up the startup disk by deleting large old apps.
Whenever I try to install this antivirus app, it always prompts a message that there is a compatibility issue with other apps. However, I have no clue where to find these apps as they’re not listed at Applications or Launchpad.
I have dragged the app from Applications into Trash. However, there are still a lot of large leftover files of the app taking up the disk space, and it is still running in the background without my knowledge. 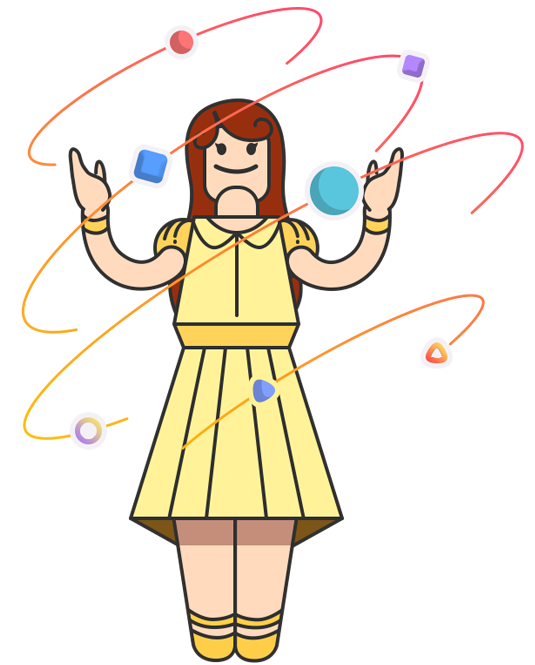 I moved the apps into Trash and then emptied them. But the apps remain at the Login Items and are still running on startup, taking up RAM resources, seriously slowing down my iMac, and even freezing from time to time.
I can’t install this app as it is saying there is an older version already installed, and I have to remove it first. I’ve previously removed it by dragging into Trash and emptying everything within. How can I resolve this install problem?
The unwanted app has been deleted from my Mac, following the official guide provided by the app vendor. However, it remains at the menu bar and pops up every time whenever I boot up my Mac, most hardware resources of which are consumed, and leaving my Mac unusable, though I've forcibly rebooted Mac several times, but to no avail.
I have installed dozens of apps on my Mac, which is getting slower and whose startup disk is very much occupied. I want to know which app is barely used and is large enough to be cleaned up.

Everything you need to thoroughly remove the unwanted app, associated files & startup items, clean up leftovers, regain your disk space, fix install problems and restore your Mac device's performance, all in one solution 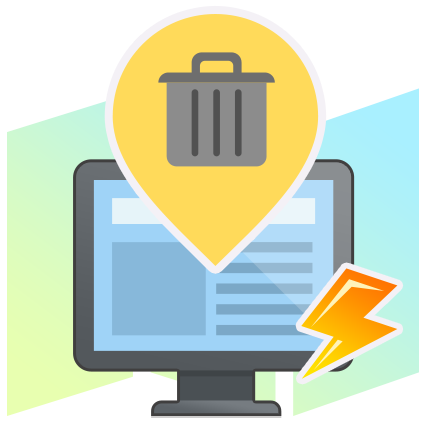 Though it is very powerful by nature, App Uninstaller removal app is very simple to use for everyone. Within a few steps, the unwanted app and the related files will be completely removed with ease. The overall UI and the removal process are native and feel instantly familiar as you've used other macOS apps, offering the best experience you've ever had for any of the best Mac app in the market. 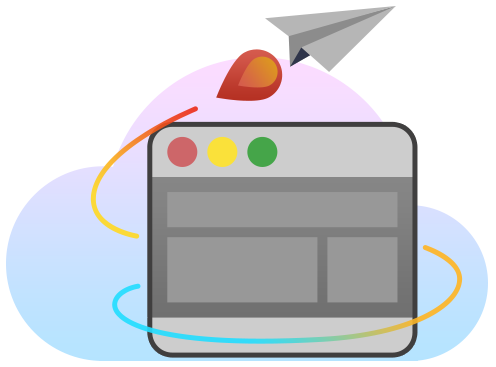 The dedicated leftover cleaner is built to locate, terminate and clean up all the leftover items, like files on your device disk, entries at Login Items sections, running processes at the menu bar as well as other places. As the standard drag-into-trash operation is not working as expected and you have no idea where to find these leftovers, this handy feature is very useful for you to get rid of the unwanted app completely, fixing the old-versions-exist and compatibility issues that prevent you from installing or upgrading apps. 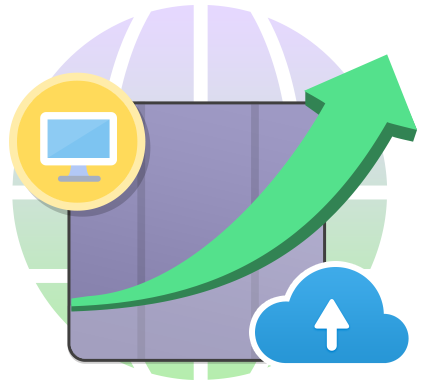 In addition to adding new features, we have been working hard to polish existing ones for the past 10 years. The core removal capability of App Uninstaller removal app is constantly updated to thoroughly remove most macOS apps in the market, as well as the latest macOS app releases, which we have a dedicated team to track, analyze and add to the pattern identification function of our core removal engine so that it can discover and remove them completely with ease. 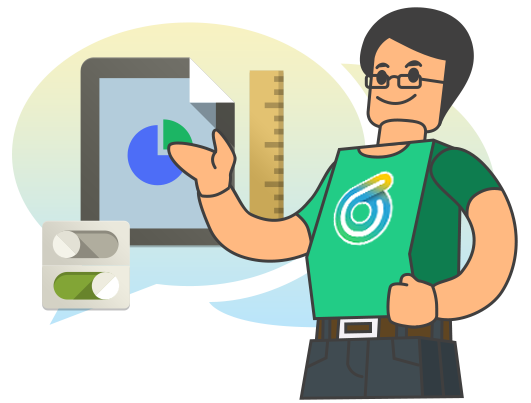 The best-in-class technical support directly from our developers for all of your Custom Uninstall needs, anywhere and anytime

Though the App Uninstaller removal app has been thoroughly tested and proven to be reliable and effective to remove most macOS apps for major macOS devices, in rare cases, it can't remove the unwanted app due to the fact it might've not yet been added to our identification system, you can always contact us for custom uninstall fix, which will be directly supported by our developers, and immediately get back to you once we have a solution available, prior to a new version release. 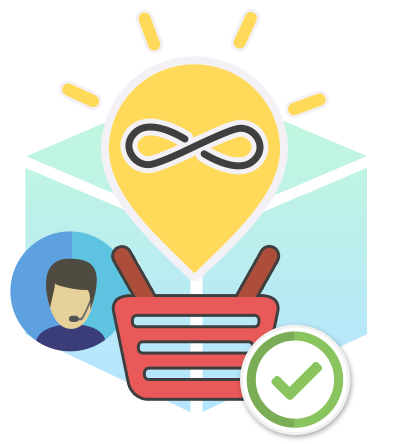 App Uninstaller is a private and family-owned software utility shop, and we are trying to offer one of the most affordable and cost-effective solutions for anyone over the year. We believe in hard work and reasonable pricing for all. You'll only need to pay once, and will be allowed to access App Uninstaller removal app, updates & future upgrades, as well as lifetime support for regular technical support and Custom Uninstall support. No hidden fees and no recurring billings, period.

App Uninstaller works well to thoroughly remove more than 50,000 macOS apps in the market either legacy versions, updates, or the latest releases, including these popular apps below: